To this point in my writing career, I’ve written three novels.   The first one was a forgettable piece of drivel set in Calgary Alberta in the 70s.   I won’t even name it here.   I set the second novel “A Walk in the Thai Sun” in Thailand in the 1980s.   In both cases, I had lived in those environments and was writing about what I knew.   I could focus on the invention of character and story because there was no need to invent worlds.   When I began work on the Fahr Trilogy in 2009 I needed to build a world that the characters could inhabit and in which I could tell their tale. 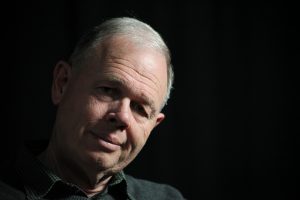 I didn’t make it easy on myself.  When I decided to write science fiction, I wanted to avoid some of what I regard as the clichés of the genre.   The first of these involves what I will call “wormholes”, the idea that space travel could ignore the laws of physics by finding a gap in the space/time continuum that would allow near instantaneous journeys to any part of the galaxy or beyond.   This invention has fueled many a space opera and is an easy way to avoid the implications of centuries-long space journeys.   It also allows us to get together with aliens from the far-flung reaches of space with relative ease.  It’s become so universally adopted that few science fiction authors even think twice about using it.   I wanted to write about aliens who take a long time to get to the Earth.

Over the history of science fiction, there have been quite a few different reasons for aliens to visit our planet but these broadly fall into one of two categories, hostile and friendly.    The hostile motivation is to conquer and pillage, Attila the Hun with tentacles.   “War of the Worlds” is the template but there have been hundreds of variations on this.   Included in this broad category is anything hostile, which would include attempts to take our resources, enslave our race, take the planet… you get the general idea.

Under the friendly category are aliens living among us for study or even friendship.    Included in this is what I call “the God syndrome” where advanced alien races contact us with a mentoring relation relationship in mind.  They’re saving us from ourselves.  Arthur C. Clarke’s “Childhoods End” would be an example of this.

What I wanted was a novel reason for aliens to visit the planet.    What I came up with was pet collecting, a species that travels throughout the galaxy looking for pets, pets that can sing.

This was the beginning of the world building process, an alien species that engaged in long interstellar voyages to collect pets. I liked the idea, but it also made little sense.    Such voyages would be expensive, time-consuming and dangerous and they will do that just find singing animals?  There had to be more to it than that.

I was employed by Canada Post as a letter carrier, a blue-collar occupation that made no sense for a person with a master’s degree, except for one thing.  It was a job you didn’t have to take home with you and, in that respect, the perfect job for a writer.   I know a lot of professionals who put in sixty-hour workweeks.   They earn good money and have a certain level of prestige but lack the time to put into a substantive hobby like writing.  There was another advantage to being a letter carrier. Once you were out of the station, the job was almost automatic and gave you plenty of time to think and I used that to world build. 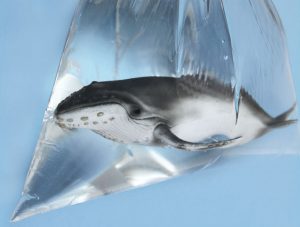 I made three early decisions, all of which had huge implications.   The first was that the Fahr were an aquatic species.  The second was that they were long-lived, the reason they could do marathon interstellar voyages.   The third decision involved their relationship to song.   Exposure to song causes sexual arousal—although this was not sexual in the sense it did not involve reproduction—and such exposer also caused pleasurable impairment.  So in effect what the Fahr were doing on these long interstellar journey was seeking addictive sonic drugs they could sell at a high price when they returned home.

When I decided to write science fiction, this was a genre switch for me.   I’d read a lot of it as a kid and as a young adult but I had drifted away as I got older.  Reacquainting myself with the genre was another thing I did while I was in this world-building phase.  I read fifty novels and short stories and all of them had one thing in common.   They were populated by terrestrial characters moving about in terrestrial environments.   Even with zero-gravity spaceships, you were still dealing with characters whose natural environment was terrestrial and whose movements on the spaceship’s zero-gravity environment reflected that.   Most of these characters were human or humanoid.  The fantasy novels I read during this period all had creatures like dwarves, elves, wizards and trolls walking about in those same terrestrial environments.  Humanoid characters.

Having humanoid characters gives the writer a huge advantage.  One of these is that you can use human physical emotional presentations.   They can smile, shuffle their feet, turn away, grimace, frown, cry, etcetera.   Every reader will understand these expressions and that makes them easy for the writer to use.   But what happens if the creatures do not express emotions in this way?

Here’s a thought experiment.  Picture yourself walking down the street and entering a pet shop.   There on the counter is a solitary goldfish in a large bowl.   You study it trying to determine emotions the goldfish is experiencing by looking at its facial expressions and fin movements.    You get nothing.   To you, it looks like a simple emotionless creature, but is it?   Or is this just a case where we lack the ability to perceive something that would be obvious to another goldfish?   We already know other animals do a lot of communication through scent, various postures, vocalizations and displays.   If we study those for long enough, we can learn what those mean but we don’t have an intuitive understanding of this, especially for animals distantly related to us.

A major challenge for me in this world-building exercise was coming up with an emotional display system for a species that was essentially a super intelligent fish.  If you haven’t read “Planet Song” and want to see what that looks like check out the entry under The Fahr entitled “Modern Fahr Physiology: The Display of Emotion.”   The downside of this is that I don’t have the benefit of the reader intuitively understanding what I’m doing here.   What that means is that, as a writer, I had to find a way of immersing the reader in the Fahr emotional reality without resorting to a lot of exposition. Tricky.

The second major challenge exasperates the first.  My solution to the problem of centuries-long space voyages was to have the Fahr live long lives, an average of seventy millennia. This makes them close to immortal from the human perspective.  The novel itself takes place over a thousand years.   That forces me to tell the story from the Fahr perspective.  The Fahr characters are ongoing whereas the human characters are subject to generational die off.    So in “Planet Song” you have an alien invasion story told from the alien point of view.   It isn’t until the last twenty per cent of the story that consistent human characters make an appearance.

I spent about two years delivering mail and building the Fahr world in my head.  By the time I began writing the novel in 2012, I knew pretty much everything I needed to know about the Fahr.   I had constructed an elaborate history, developed a religion for them, fleshed out Fahr societal norms, explored the tensions in their politics and, most importantly, mapped out the destructive effects that song addiction was having on their society.

The following link will allow the reader to download a PDF of this article.