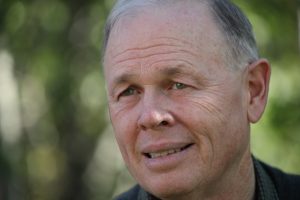 Do I, a nearly-retired Caucasian male, dare wade in on Wonder Woman?

I went to the movie last night and was pleasantly surprised, and not by the film’s feminist elements. Were those elements there? Of course. Did the film have anything original to say on that front? Nope. Sorry folks, this film was pretty much politically correct standard fare. Men undervalue women. Check. Women function well when empowered. Check. Women don’t need men. Check. Men are the source of much of the world’s problems. Check. Women are often forced to, or choose to, wear ridiculous clothing. Check. (Well, this last one isn’t really about political correctness but it is true.) The political correctness doesn’t stop there. Within Wonder Woman’s little battle cadre we have two politically correct depictions of Muslims and Native Americans. (Though I’m not sure how a drunken Scot fits into this, unless he’s there to represent the true state of Caucasian maleness.)

So what’s right about this film? Plenty. Gal Gadot is wonderful as Wonder Woman. (Yes, that was deliberate.) She brings both sensitivity and athleticism to the role and never comes across as just a physical casting. Her escalating confusion when plucked from the paradise of Themyscira and dropped into war-torn Europe is quite satisfying to watch. She plays off the equally confused Chris Pine to great comic effect and never lets her sexuality get in the way of competence. Me thinks this is exactly what this roll calls for and she delivers.

Chris Pine, who road to fame as a replacement for William Shatner in the Star Trek series, proves again that he can bring nuanced acting to a largely action-oriented role. Fine work.

The film is at its best when the characters are allowed to shine through. I found the action sequences in this movie, particularly those in the latter stages, a distraction from the far-more-riveting character interactions. In fact I would argue that the final battle scene almost destroyed the movie. It’s as if the producers of these big budget films feel they must give the CGI department final say on what the audience sees. These folks have a natural tendency to blow up everything on screen whether or not it serves the best interests of the film. It did not do that here.