Book Two of The Fahr Trilogy

If you could remove tribalism

from the Human Race,

would you do it? 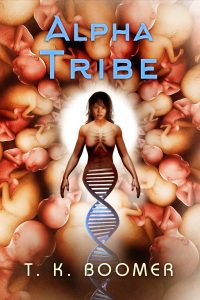 American President, Maria Alatorre, realizes two things. The first is that Humanity’s tribalism is the reason for its failure to unite in the face of the Fahr threat.  The second is they can not rebuild the Earth’s damaged infrastructure in time to save most of the planet’s population from starvation. Billions will die. But will humanity survive?   She embarks on an ambitious program to re-engineer tribalism out of the human species using genetic engineering.  This, she reasons, will give Humanity a fighting chance should the Fahr reappear.  But can she do this in an infrastructure-shattered world where tribalism, in the form of hostile well-armed militias, has a new life?

Honi Kalawai’a is spunky teenager paralyzed from the neck down. On the day the Fahr change the Earth, they too change her. Honi discovers that she can now regenerate her spinal column.  She learns that her improved nervous system also allows her to interface with and be enhanced by computers.  Soon she finds her computer-enhanced mind involved in Alatorre’s efforts to rebuild humanity.  When they find a Fahr database, Honi attempts an interface with that.  What happens next is well beyond enhancement.

Diane McLean was out of a job, out of food and out of hope. Technically she is still head of the Goldstone Deep Space Communications Complex, but Goldstone was now little more than a collection of burnt out circuit boards and inert antennas.  She and her staff had been moved to Fort Irwin to be housed and fed until the problems were solved. But there were no solutions, just the gradual depletion of base resources leading to starvation.   Into this misery arrives a letter from the President of the United States.  Read an excerpt here.

Planet Song was published a few months before the 2016 American election and I set most of the Human/Fahr interaction in the near future.   Any of you who have read the “About T.K. Boomer” section of this website will know I’m married to a politician.  Being “the husband of” makes me acutely aware of human tribalism and of the amplifying effect that the Internet has on it. The results of the 2016 American presidential election, the wild chaotic schisms that are its aftermath, and many similar events worldwide have many wondering if we could ever be a unified species. It also plays into the central idea behind Alpha Tribe, that a genetic fix may be needed if we are to go forward.

Many if not most novels in the “first contact” subgenre of science-fiction have the human race uniting in face of an alien terror.  That is optimistic.  We are not a unified species.  Modern humanity carries with it the legacy of having evolved from small hunter-gatherer tribes recently enough to be still carrying that genetic heritage.  A recent discovery at Nataruk shows that warfare between tribes existed long before modern civilization. We did not suddenly become intolerant and aggressive toward those outside of our tribes.  This behaviour has been with us since the dawn of humanity and that points to a genetic origin.

I have, among my close friends, a doctor of genetic medicine. She has her doubts about the thesis that human tribalism is genetic, preferring the explanation that tribalism is a learned behaviour, nurture over nature. Others think the explanation involves a combination of the two, nature aided by nurture.  I did extensive research on this and decided that whatever role nurture may play, genetics definitely plays a significant role. The question is, with all the new and amazing genetic manipulation tools, can we–and more importantly–should we fix humanity?

Elsewhere on this website, I made the point that Alpha Tribe is the second book in The Fahr Trilogy and that the books should be read in sequence.  Click on your prefered vender’s icon to purchase Alpha Tribe.